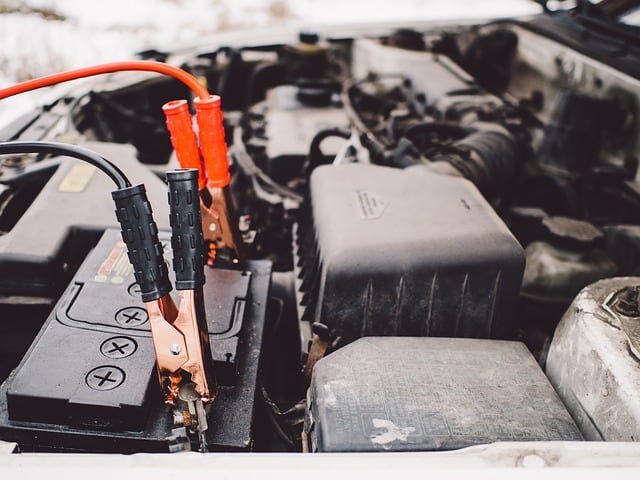 If you go into any supercar showroom you will notice that there is a wire that goes into each car, usually (but not always) this will come from a small box. This small box will be plugged into the mains somewhere, often coming down from the roof.

It’s a lot less likely to see this in your conventional garages than it is your garages that are home to high-performance cars. These boxes are trickle chargers and in this article, we’re going to look at what these are and why supercars need them.

What is a trickle charger?

A trickle charger (also sometimes referred to as a battery conditioner or maintainer) is used to ensure the battery in your car is kept in the best possible condition. When a battery is not used, it will discharge and the trickle charger will ensure that the amount of energy that is lost by this discharge is compensated by an opposite flow from the charger back into the battery.

So, essentially, what a trickle charger does is to stop the battery from self-discharging. You do need to be careful with some of the cheaper chargers as these will continue to try and top-up the battery, even though it is full. If you don’t at that point disconnect the charger from the mains then this can damage the battery by overcharging.

This will at the very least kill the battery and may even cause the battery to swell and eventually burst. Hydrogen can leak out and of course, this combined with a naked flame will easily cause an explosion. Basically, nothing good can come out of overcharging a car battery!

What is the battery in a supercar used for?

All car batteries are primarily used to start the engine, this is its first and most important task. This is the same whether we’re talking about a supercar or a Honda Civic. So, that battery will feed electricity to the starter motor which is used to crank the engine.

Without the battery, you’re not going anywhere! However, as soon as the engine is started, most of the power to all the systems that need electricity is generated from the alternator.

However, this, of course, means that without the alternator running, the power must come directly from the battery. Therefore, as soon as you engage the ignition and start the electrics, when you use the radio, lights, electric windows, roof, etc. it is all drawing current from the battery.

If you use these things continually and perhaps have other stuff plugged into the cigarette lighter for additional devices then it can draw a fair amount of charge from the battery.

Not only this but when your car is parked up, there is usually an alarm and an immobilizer (especially for supercars) that take additional draw from the battery.

Different supercars will have different load requirements from the battery. Some will require a jump-start in just a couple of weeks of non-use, others can go for many weeks. However, as most supercars are fitted with advanced alarms and immobilizers, the batteries on supercars tend to run out quicker than regular cars.

How are supercars different from regular cars?

One of the main reasons why you don’t see your regular cars in garages hooked up to trickle chargers is that they get a lot more use (test-drives) and are sold, typically, a lot quicker than supercars. Let me give you an example using a Lamborghini garage I know.

Firstly, think about someone who wants to buy a Lambo. They are few and far between because they cost a lot of money and require a certain type of person, willing to commit to what can essentially be a large depreciating asset. Next, that person will have a number of requirements for this car – what exact model and spec, mileage, age, condition, service history, etc.

Considering there are so few models made, a particular example can be in the forecourt for months and months without the right person coming along.

This means that it could be sat in the garage not doing what it was designed to do (be driven) and without some care, the battery would run dead within a few weeks or so.

The alternative is that the garage staff would need to take each car out for a run every week and the problem with this is that not only it increases the potential for damage to a very expensive car but it increases the mileage. Something that can dramatically affect the price of such exotic cars.

So, in summary – the main difference between an exotic car and a regular car is that a lot more care is required of the former to ensure that the value is kept within the car. You will often find (McLaren’s come to mind) that these days there is a reading on the dash which tells you how many days you have left before the battery runs out – probably a feature we’re going to see more of in the future in other marques.

What happens if the battery runs flat on a supercar?

If the battery runs out on your supercar you won’t be able to start the engine. Stating the obvious perhaps but it has to be said! It is possible that some of the better battery conditioners might be able to recover the battery but often when the battery is dead, it will need to be replaced.

Of course, there can be other reasons why the battery on your exotic car drains to the point of being ineffective. For instance, a problem with the alternator (this should charge the battery whilst the engine is running) can cause the battery to run down during driving.

On any modern car, at this time your dash will be starting to light up all over the place. If you continue to drive (not recommended when there is an alternator problem) then you will find that your air-con will diminish, lights will dim and eventually there won’t be enough power for the spark-plugs to do their thing.

At this point, your engine will die. On modern cars, it will most likely have put you into a ‘safety-mode’ some time previous and will have told you to pull over long before it got to this point though.

Replacing a battery on a supercar can be an expensive process. Often, they are located in the most obscure locations and although you can easily enough get charging cables to them, getting the thing out and replaced is another question. For instance, a McLaren 570s can cost anything between $3000-$5000 and there are rumors that the P1 battery replacement would cost upwards of $50,000! How much money do you need to have to be able to run these things…

Anyway, the choice between having to spend several thousand dollars on a new battery replacement or a few hundred on a trickle charger is a no-brainer.

How long can a supercar go without charging its battery?

It depends on the car. For instance, if we look at a couple of hypercars – the McLaren P1’s battery has been known to go flat after just a couple of days and the LaFerrari has a warranty related to its battery pack that is voided (apparently) if it is left without being plugged in for over 3 days.

However, these are exceptions. Most supercars will be able to last several weeks without any need to charge. The most I’ve left my Gallardo without driving or charging is 3 weeks and checking the charger once I eventually plugged it in, it only seemed to have dropped to around 80% capacity.

So, it’s not possible to say how long the battery will last in your car but if you have a trickle charger attached to it, then you need not worry. However, I think the most you’d be able to get is probably around a month but don’t try and find out 🙂

My recommendation though, if you know you’re not going to be driving it over the next few days then just plug it in and your charger will do the rest, making sure your battery is in the best possible condition.

What trickle charger is best?

I’m in a good position to offer some advice here as a little while ago I bought one for my Lamborghini Gallardo. My requirements were quite simple, it needed to condition the battery and maintain it independently so I didn’t have to worry about it. It also needed to be quite cheap (as I was then broke after buying the car).

The one I would recommend is the CTEK Automatic, for a few reasons:

This is the only one my Lamborghini garage uses for each of its cars and actually if you look at (or speak to) a lot of your local supercar garages, it wouldn’t surprise me if they use this also. It really is the only one I’d recommend and if you’d like to check it out on Amazon then take a look here.

Hopefully, this article has helped make it clear to you why everyone who owns a supercar will also own a trickle charger. The cars aren’t used as much as regular cars and have a greater load requirement on the battery due to the alarms and immobilizers that are found on them. Also, changing a battery on a supercar can be a seriously expensive process and why take the risk when you can just let the trickle charger keep the battery in tip-top condition?

If you’re interested in buying a supercar for less than $100k, then you might be interested in my recommendations – you may well be surprised at what you can get!