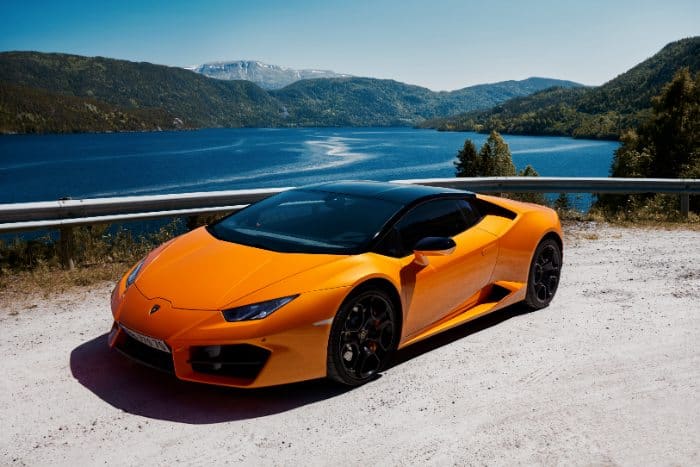 A typical current Lamborghini costs in the region of $200,000 to $400,000. The Italians are renowned for manufacturing some of the most expensive and luxurious supercars in the world, meaning Lamborghini models such as the Huracán, Urus, and Aventador are high-priced. It’s easy to find out how much Lamborghinis cost but the reason why takes some explaining.

Price is a discussion that could be had about many supercars, whether they’re Ferrari’s, Aston Martins or indeed, Lamborghinis. I guess the first point is that if they weren’t so expensive they wouldn’t be considered a ‘supercar’ and they wouldn’t be regarded as being particularly special. Whether that’s right or wrong is up for debate.

However, there’s a reason why a Lamborghini costs more than your average car and actually when you look into it a bit closer, there are actually several good reasons why this is the case.

What makes a car expensive?

Before we focus purely on the Lambo itself, let’s take a look at the factors that contribute to the value of a car.

What Makes A Lamborghini So Expensive?

So, now we know a little about what can make a car expensive, it becomes more clear as to why the Lamborghini has such a high price. They were (and are) produced in relatively low numbers.

Even the Gallardo, which is by far the most popular Lamborghini ever produced (and arguably saved the brand) had over 14,000 made is still exclusive when compared to other models. They were manufactured over a 10 year period so (at least on average), that’s only 1,400 a year and assuming a 200-day working year, is only 7 a day. Compare this 14,000 produced over 10 years to the 900,000 Ford F-Series produced in 2018 alone!

Is the Lamborghini hand-built?

Yes, all Lamborghinis are built by-hand and despite many manufacturers relying more and more on robots, Lamborghini, it seems, is intent on sticking with the tradition of building these cars by hand. Although there is robotics on their production line to move the dead-weight of the car around to make it easier for the workers to build, everything else is still managed by individuals, highly skilled and trained in their trade.

The fact that these cars are still made in this way makes them even more desirable to the connoisseur. How long it will stay this way, who knows? But I know if I had the choice between a supercar that was hand-built and one that was created by robots, the former would appeal to me a lot more – so at least as far as I’m concerned, I hope it continues this way.

Where is the Lamborghini made?

All Lamborghinis are made at their headquarters, Sant’Agata Bolognese in Italy. This is only about 5 miles East of Modena (where, of course, the Ferrari is made) and about 15 miles North West of Bologna and this has been the case since the company was formed, back in1963. Although the Lambo is only manufactured in this one location, there are over 130 dealerships located around the world.

How much do current Lamborghinis cost?

The current range of Lamborghinis are:

Of course, prices can become very high depending on how many options you add (and there are many) – just adding a few bits of carbon fiber here and there can easily add another $20k to your already expensive car!

The costs don’t stop there though and if you’re still young, expect to pay anywhere from $5k a year upwards on insurance. The annual service is mandatory and will set you back anything from around $1,500 to $5,000 on average.

One good thing about buying a luxury car like the Lamborghini (actually there are many good things about buying a Lambo) but one of them is that they don’t always depreciate like other cars.

Yes, if you buy a brand new car and try and sell it six months later, you’re going to lose a fair amount of money. That’s the same for any car – as soon as you drive it off the forecourt you’re going to be down $20k or so.

However, if you buy a second hand Lambo that has a relatively low mileage and is a few years old, there’s a good chance you could keep it for a year and sell it for the same price you bought it, or even make a few dollars in the process.

Don’t think you’ll come out of the exchange in profit though – owning a Lambo can be an expensive process, especially if something goes wrong!

One other thing to bear in mind is the amount of miles that are put onto these cars is tied very closely to the resale value. Maybe not as close as with Ferrari’s but it’s still a factor. For every mile you drive, you’re reducing the value of that car just a little bit. Most people who are in the market for a Lamborghini look for one with very low mileage on and most insurance policies just cover you for around 5,000 miles a year.

To give you an example, I bought my 2013 Lamborghini Gallardo in February 2018 with just 6,800 miles on the clock! That’s less than 2,000 miles a year since new. Personally speaking, I don’t own a Lambo to just look at it though, I’ve got one to drive.

Hopefully, that’s made it a bit clearer why a Lamborghini costs so much. Actually, it isn’t just the Lambo of course. You could put many supercars into this bracket, such as Ferrari’s, Aston Martin’s, Porsche’s, etc.

These high-end manufacturers use expensive materials, invest a lot of money into R&D and manufacturing just costs a lot more (as it’s usually more of a manual process) and the engines, gearbox, chassis and everything else has to support high performance for long periods of time. All of this costs money, which in turn, the consumer pays for.