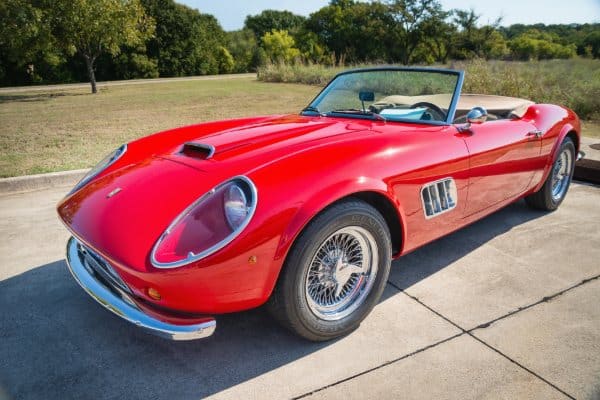 More and more people these days are finding themselves, eventually, in their dream car. Well, maybe not their ultimate dream car but certainly there are many supercars that are becoming accessible to a lot more people, due to some great finance deals being made available.

However, what this means is that more people are owning supercars and are stretching themselves a little too much to be able to do it.

Then, things like depreciation become quite expensive. It’s one thing buying a car on finance that’s worth $150k. It’s another thing selling it a couple of years later at a loss of $50k. I mean, who can afford to lose that kind of money?

So, it’s important to know when buying a supercar how much they are going to depreciate over time and this is what this article is all about.

What is Car Depreciation?

When we are talking about depreciation, we are talking about the change in the value of the car that occurs from the time you purchase it, onwards. So, as an example – let’s say you buy a McLaren 570S, new, for about $215k. You then own it for a year before selling it on, after putting on 10,000 miles and getting $180k for it.

Therefore, the value of the car has ‘depreciated’ by $35k and this figure is actually pretty realistic, not just for McLarens but for any supercar. It’s definitely a factor you need to consider when looking at the overall cost of ownership and is easy to conveniently discounted before buying by many of us (ahem) using some rather clever ‘man maths’.

We’ll touch on this again later but one way to avoid depreciation is to buy an older car. For instance, the buyer of that McLaren mentioned above bought the car at $180k. Will they lose another $35k after a year? No, of course not, they will definitely lose money on the value of the car but it won’t be as much, and so on.

There comes a point when the gradient of the depreciation curve actually starts to flatten out and, on some occasions, will then start to increase.

Why are Supercars so Expensive?

The above reasons, plus others, mean that cars that meet the above criteria can charge a significant amount more than your regular cars.

How much Money do Supercars lose?

There is one thing all exotic cars have in common and that is the moment you drive the car of the forecourt it loses money – and usually quite a bit! Now, you might say that for those people lucky enough to be able to afford a supercar, this wouldn’t be a problem for them but it most certainly is. Also, the days of only the rich being able to afford a supercar are behind us as relatively cheap finance deals have made a lot of these cars a lot more accessible to a lot more people!

Of course, putting an exact figure on the amount a supercar will lose is difficult. Primarily because there is a lot of variables in place, such as:

There are other factors involved also, such as market trends but as you can see, to give a general figure for this is difficult. However, it would not be unreasonable to expect a 20% loss in the first year. In fact, it should be accepted that this is how much you’re going to lose and factored into any expectations you have. So, buy that Lamborghini Huracán for ~$200,000 and after a year, it might be worth $160,000. Ouch.

Which is, of course, the reason why so many people opt to buy cars only if they’re a year old or more. However, there is something special about buying a car new. I did it once and I won’t be doing it again. I bought a Lotus Elise S2 Sport 190 back in 2002 for about $53k and sold it about 2.5 years later for $26k! Once bitten…

It’s not all doom and gloom when it comes to depreciation though. Or maybe it is, it depends on your viewpoint. I mean, it’s great if you’re a buyer but not so great if you’re selling and as every buyer eventually turns into a seller then it’ll impact you eventually. There are some ways you can help to minimize the level of depreciation you experience though!

Don’t drive it much!

Oh, I hate this. Who buys a supercar to keep it locked up in a garage? Well, a fair few people as it happens. But that’s not me. Having enough money to buy an exotic, only to have it hidden under a cover in some basement for a few years seems pointless.

However, mileage can dramatically impact the resale value of supercars so it is a valid point. Most insurance/finance policies will cover you only for a certain amount of miles each year, usually around 5 or 6 thousand.

But even this amount is still quite high when it comes to a supercar. I’ll give you an example. I bought my Lamborghini Gallardo LP560-4 in February 2018, when it had just 6,800 miles on the clock. It was manufactured in late 2013 so that’s only just over 1,500 miles a year during that time! Here I am, the following year, having put on 5,000 miles! I’m never going to buy a car I don’t intend to drive.

A frustrating point this as it really shouldn’t matter where you get your car serviced but unfortunately, it does matter. If you want to minimize the amount of money you’re going to lose when you sell then you’re going to need to get those dealer stamps in the service book.

People who buy these types of cars want to see them and I understand that. What would you prefer, for instance, Lamborghini Authorised Dealer stamps in the service book or a stamp from your regular garage down the street?

It will cost you more money to get it serviced through one of these authorized dealers during your ownership but you should hopefully recoup that when it comes to moving it on.

More and more people these days are modifying their cars with non-stock add-ons such as wings, splitter kits, and customer paint-jobs. These can look great but you will find as well as costing you a small fortune to buy them and fit them (as well as potentially impacting your insurance) you will find it will most likely knock a lump off its value when it comes to sale time.

The majority of buyers want to buy a stock car. That is, it should be in the same condition that it was when it left the factory. If you want to add bits then absolutely go ahead but just make sure you can get rid of that enormous wing when it’s time. If you have a desire to change the color – get a wrap, not a new paint job. Not only is it cheaper and protects the original paintwork, but you can peel it off when you like!

Keeping the supercar original is even more important though when we’re talking about classic cars. The value of cars from the ’80s and backwards is even more sensitive to modifications than more recent examples. Personally, I don’t know why people stick wings and stuff on these cars.

I think the designers at Ferrari, Lamborghini or wherever know how to design these cars better than me and if they think a car looks better without a massive wing, I’m not going to disagree!

Which Supercars Hold Their Value?

Typically, and it may sound obvious, but older cars will retain the most value when their depreciation curve has flattened out. How long that can take varies depending on many things, particularly how many models of the car were made.

For new cars, it’s difficult as we can’t see into the future but there are some cars that are doing quite well. The things that these cars have in common is that there is something a little special about them, usually a limited production run.

For instance, the Huracán Performante is a limited-edition production supercar that has seen an increase in value since its release, yet it is still quite new. This is a bit of an exception though and you’ll do really well to find any cars that retain their value if purchased new. Your best bet would be to buy something old that is appreciating now and will most likely continue to do so.

The Porsche Carrera GT, for instance, might have cost you less than 1/2 million USD when it was launched back in 2005 but now, you’ll be lucky to find one at less than 3/4 million! If you can afford this (which you most likely can’t) then the price is most likely only going to continue to head upwards!

The original Ford GT, again from 2005, would have cost you only around $140k at the time but now they are selling upwards of $500k! There are quite a few to choose from if we had the hindsight, for instance, the McLaren P1 has doubled in price from $1.25m to $2.5 and if we look at its predecessor, the McLaren F1 which cost slightly less than $1m at the time is now worth over $10m! The Porsche GT3 RS you could have almost sold it the day after buying it and made $30k.

So, you see – the trick is to somehow invent a time machine. Alternatively, the best advice if you absolutely have to buy a brand spanking new car is to buy one that is a limited edition.

Which Supercars Lose the Most Value?

Well, where do I start? For the absolute majority of supercars, as soon as you buy the car you’re losing money. Let’s take the BMW i8 – which I happen to love.

How about if you bought a Bentley Continental GT V8 back in 2015, which would have cost you approximately $215k. Now, the same car will cost the lucky buyer just around $125k, depending on mileage and spec obviously. A loss of around $22,500 every single year of ownership.

How about a McLaren? The McLaren 650S was one of their pro-range vehicles and one which I happen to love. Back in 2015, it would have set you back around $285k. There is one available right now for $125k which is an eye-watering loss of $160k or $40k each and every year.

It makes you wonder why anyone even considers buying a new supercar!

Lastly, do you want a supercar? If you’re wondering whether you can afford a supercar then check out my article. Many people are surprised to learn that after looking at the numbers they can actually buy one for themselves!