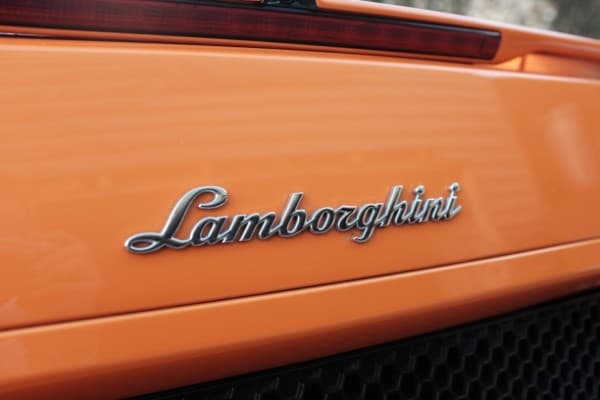 Having owned a Lamborghini Gallardo for over two years now, I’m probably in a good position to talk to you about this. In this article, I will share what’s good about it, what’s bad about it and all the things you have to look out for which I didn’t consider at the outset.

What Model of Gallardo?

After attending a car show in the fall of 2017 where I spoke to a Gallardo owner and had a good look around his car – I came to the decision that I wanted one. At that time I had absolutely no idea how much they really cost and whether I could afford one.

Over the next few months, I performed a lot of analysis into the different models and colors and came to the following conclusions:

I wasn’t rich enough to buy the car outright so knew I had to get finance to acquire it, combined with a large deposit. I spent quite a bit of time researching who to use and how much I thought I could afford. I can tell you now, I had to apply some rather advanced man-maths to make these numbers work!

In the first few weeks of January, I went for a test-drive in a 560-4 Bicolore, a limited edition which looked great but had in excess of 20,000 miles on it. I decided to rule this out because of the mileage. Whilst there, I noticed a Gallardo 560-4 Spyder, in Arancio Borealis (a three-stage orange color). It had an e-gear transmission (flappy pedals).

I never quite know how much of a discount to ask for with garages, especially when it comes to these more expensive cars. My first suggestion wasn’t entertained in any way but I eventually managed to get a few grand off and we agreed on £118,000 (about $145k).

By this point, the finance was agreed and I just had to pay a deposit and wait for the date to pick her up.

I felt like a little kid again in the few short weeks prior to the collection. I was so excited I could not concentrate on anything. The actual process of signing the documents etc. is now a bit of a blur but I remember thinking how good it looked only for my wife to pick out a small scratch on the windscreen I hadn’t noticed previously!

It was my car at this point and I was itching to get out in it, although just a little nervous in driving it. I remember being held up in some traffic in a village a couple of miles from the garage and when all the traffic started moving the car wouldn’t go into gear! It took me a few seconds to remember I had to put my foot on the brake before engaging first! The guy in the lorry behind me must have thought I was a proper idiot…

It rained a lot of the way home (it was February, after all) and as soon as I got it back my 11-year-old son demanded that I take him to McDonald’s in it. Talk about stress on your first day of driving.

The Excitement and Buzz

It’s a strange feeling. Even over a year and a half later, I still get ridiculously excited about driving it. Around Monday or Tuesday, each week, I’m checking the weather for the weekend to see if it will be ‘Lambo weather’!

I have no idea if everyone feels the same way as me when it comes to driving it. Perhaps they don’t. Perhaps if you have so much money that driving these cars is just quite normal, the novelty wears off. For me though, I’ve had to save and save and save for many years and work ridiculously hard to get myself into a position where I can afford this entry-level supercar.

For me, it’s a big deal – and that’s all that matters, right? When it no longer is – then that’ll be the day I look to sell it.

The Attention the Gallardo Gets

People just like Lamborghini’s – I think the general public actually prefer them to Ferrari’s. I was once told that people view drivers of Ferarri’s differently to Lambo drivers and it’s hard for me to dispute that talking to other drivers. Maybe if I ever get my hands on a 458 I’ll be able to answer it categorically!

Everyone looks at it and everyone looks at you, wherever you are. I found myself becoming quite self-conscious just filling it up with fuel. Everyone watches you come in, they watch you get out of the car and fill it up. Often, fuel-stations are the place where people come up to you and chat. In a year and a half, I’ve not had anything but nice comments from people – no sarcasm, no apparent jealousy, nothing.

The attention appears more noticeable from kids, as you’d probably expect. They hear you coming first, turn around, point and wave with a smile on their face. This car not only seems to make me happy but other people too!

One thing I found difficult which I wasn’t expected was talking to people about it. I felt (and feel) like I’m showing off when I wax lyrical about the fun I’ve had over the weekend. I’m not showing off – I’m just excited. But as there’s a good chance you won’t know anyone else with one, it’s difficult to find someone to chat to who understands what it’s all about!

This is why supercar meet-ups and events are a good thing. Not only do you get to look at other nice cars but you get to talk to their owners also. You can ask them if it’s normal for this or that to happen and ask questions as to where they get theirs serviced, how much it cost etc.

Okay, now here is a tricky one. As the main bill-payer of the home, I had to be absolutely sure that by buying this car, with the financial commitment that comes with it, that I wouldn’t be compromising the family in any way. After all, they are my priority.

So, after I knew how much the finance was going to cost me, I started to put that money aside every month (along with a bit more) to ensure it wouldn’t impact anything. I still had to make sure that the mortgage was paid, the bills were all paid and we could do other things like have an annual vacation.

As it happens, I underestimated these costs, as most people do. As advanced as my man-maths were, they somehow did not account for things that looking back, were incredibly obvious but I’ll touch briefly on the costs later. What also didn’t help is my job changed and all of a sudden I was on less money. You have to consider all of these things and also, the fact that if you did need to sell the car – it takes time! Unless you’re prepared to lose thousands, you may have to wait sometime before you get an offer that is acceptable to you.

These aren’t big things and they aren’t significant to make it not worthwhile. However, they are things that I didn’t consider beforehand so allow me to share.

This doesn’t always help though. Often, I’ll be out for a drive and my wife will ask me to pick something up on the way back. So, I’ll stop off at a supermarket and park as far away from everyone as possible, no cars within 50 meters – awesome. So, how come when I return there are always cars parked right next to me? People want to park next to it and it’s always a worry.

I’ve mentioned it before but the paintwork is expensive. I have a triple-layer, pearlescent orange (Aranci Borealis) on mine and it is not a color you can easily acquire to fix little stone chip marks. It’ll look rubbish and you’ll be able to see clearly where you’ve done it.

A better option is to buy Paint Protection Film (PPF). Arguably, this should be mandatory for any new owner of a car like this. I could only afford to get the front nose section covered but I’m glad I did. You can barely see where it is unless you really look for it. It would take a pretty large stone for it to go through the PPF and damage the paint. It’s not cheap but it not only could save you thousands if you need to re-spray but it actually makes driving more enjoyable as you’re not worrying about it.

You can drive as carefully as humanly possible but you can’t do anything about other drivers. Most are generally quite good but you do occasionally get the boy-racers in their little hot hatches that come screaming up behind you. At the earliest opportunity, they will fly past you so they can tell their mates how they ‘did a Lambo’ earlier! Sometimes, as hard as it is, you have to just let them get on with it. Don’t be influenced by other drivers.

Putting on the Miles

I deliberately bought a low-mileage car so I wouldn’t have to worry about this. But I still do and it is important. You see, the more miles on the car, the less money you’ll be able to sell it for. Also, I am limited to 5,000 miles a year – you just have to think about when and where you’re driving and I wish I didn’t have to!

The Cost of Ownership

I have covered this in-depth in another article but in summary, this is what you need to think about.

If you want to know how much this came to for me, I will be detailing all of this in an article coming very soon (and will post here).

The Lamborghini Gallardo is a very special car. It was arguably the car that saved the company and precedes the equally popular Huracán. However, there are many that still prefer the Gallardo as it offers a more raw experience over its successor.

If you can afford one, and make sure you understand all the costs before you do – you would be hard pushed to find a better car in this price bracket. Also, there’s just something about driving a Lambo that you can’t replicate in other marques.

Oh, and one last thing…try and keep the speed down as this WILL happen (like it did for me here):

Finally, if you want to know what it’s like to drive a Lamborghini – check out my article here!