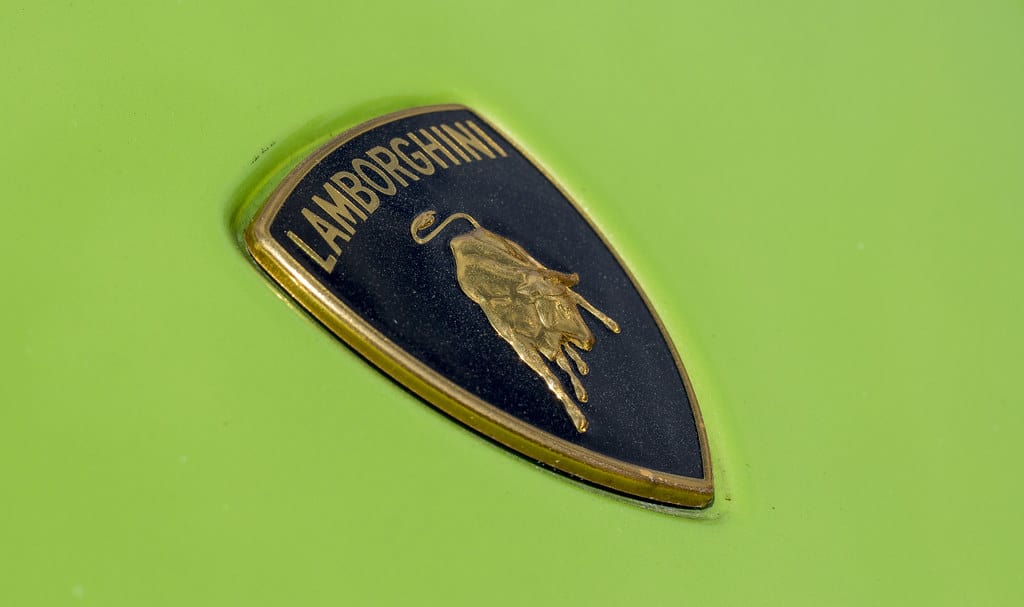 Classic Lamborghini models were relatively inexpensive for a while, but now prices are picking up. A search for the cheapest Lamborghini will yield different results on a daily because it literally depends on what’s for sale. We’ve uncovered the Lamborghini model that’s the cheapest you can expect to find – if you have the patience to wait.

Many people (and I was in this category myself a few years back) just long to own a Lamborghini. There’s something very special about this brand and when someone asks you what car you have and you can say, a Lambo, it just feels great.

You may not know this but the vast majority of people who own supercars do so through finance. In fact, I think the number is somewhere around 80%. So just because someone drives a Lamborghini it doesn’t mean they have loads of cash! Of course, sometimes they do – but not always.

You may be surprised as to how little it can cost you to get behind the wheel of a Lamborghini as an owner.

The cheapest Lamborghini today is an early first-generation Gallardo from 2003 or 2004. These are significantly cheaper than other Lamborghini models. Of course, there are costs other than just the initial purchase price to incorporate – find out more inside this article.

What are the choices?

Yes, there are obviously different variants of these that come out from time to time, but generally, this is not a difficult job. Let’s take a look at what options we have – I’m not going to mention them all, just the ones you may be considering when looking at getting into the brand.

The Lamborghini Murciélago was produced between 2001 and 2010 and just under 4,100 were manufactured. This was the model that followed the Diablo and has recently become more popular and seen prices starting to rise.

The earlier models were powered by a 6.2 liter, naturally aspirated V12, would get you to 62 mph in 3.8 seconds and has a top speed of 205 mph. It also has those awesome scissor doors that everyone associates with Lamborghini!

The Lamborghini Gallardo was produced between 2003 and 2013 and is considered by many as the car that saved Lamborghini. Almost 14,000 were sold in total over this time.

In 2008, there was a significant update to the range and the engine was changed to a 5.2 liter, odd-firing V10 (compared to a 5 liter, even firing V10 previously). Capable of 0-62 mph in 3.7 seconds and with a top speed of 202 mph, it hardly seems right to call this the entry-level Lambo but indeed it was.

What separates these entry-level cars from the pro-range (such as the Diablo, Murciélago and now the Aventador) is that these all have scissor doors and a V12, the Gallardo and the Huracán do not.

The Lamborghini Huracán replaced the Gallardo in 2014 and is now regarded as the ‘entry-level Lamborghini’, as was the Gallardo. Powered by a 5.2 liter, naturally aspirated V10 with early versions capable of reaching 62 mph in 3.2 seconds and hitting a top speed of 202 mph.

As the Huracán is still being produced we can’t say what will happen with resale values but it is not a car you are likely to make money on over the short term, considering the higher volume of cars that are being produced. The lowest price you’ll be able to get hold of a Huracán for would be around $165,000-$175,000 for a ’14 or ’15 version with ~20,000 miles on the clock.

Which really only leaves us one obvious choice

There is really only one model that truly earns the title of ‘Cheapest Lamborghini’ and that is the Lamborghini Gallardo. We need to be a little more specific though as this model was produced over a number of years and has many versions.

We are interested in the Gallardo produced between 2003-2007, the first generation before it was replaced by the LP series.

What are the advantages and disadvantages of buying an older car?

Many prefer this first-generation Gallardo and this is primarily because of the engine. It may be a slightly smaller size (5 liter vs the later 5.2 liter) but due to the firing order of the engine, the early versions sound different, especially at higher revs than the later versions.

When I say different I actually mean better – well, at least in my opinion! Many people with later cars try and duplicate the sound using custom exhausts, with little success. This first-gen engine has a similar sound to a Formula 1 car! Not that the later versions sound bad in any way, just the first gen sound better.

When you buy any car that is a few years old you know that there’s going to be some things you need to look for. In fact, there are some advantages to doing this as well as disadvantages so let’s have a look at these here.

How much will the Gallardo cost to buy?

If you want to go down this route then make sure you understand the risks and get yourself a decent pre-purchase inspection. Yes, this can cost you up to $1k but it could save you several times more than this. If you’re serious about buying the car then you must consider getting this done.

Here’s some helpful information for anyone wondering if Lamborghinis are overpriced.

How much does the Gallardo cost to run?

You won’t need me to tell you that as an owner of a supercar, the cost of ownership can be quite pricey. But for a car like this, it doesn’t have to cost you the Earth. Don’t forget the below:

What can possibly go wrong?

Like any used car, you know that things might go wrong. In fact, you almost expect it. With a Gallardo though, when things can go wrong they can be expensive. At some point, the clutch will have to be replaced but hopefully, that’s already been done before you bought it but if not then expect to pay upwards of $4,000.

There are numerous things that can go wrong of course but best to have a slush fund of $1,500 at least every year, just in case. One year, you’re going to need it!

The Lamborghini Gallardo is an awesome car – I should know as I bought one! Not one of the first gen variants but a 2013 LP560-4 in Arancio Borealis (orange). It’s an awesome car but I’m sure I’ll still be paying for the thing when I’m 100! I love the sound the V10 makes but there’s no doubt as far as I’m concerned that the 1st gen sounds better than the 2nd gen!