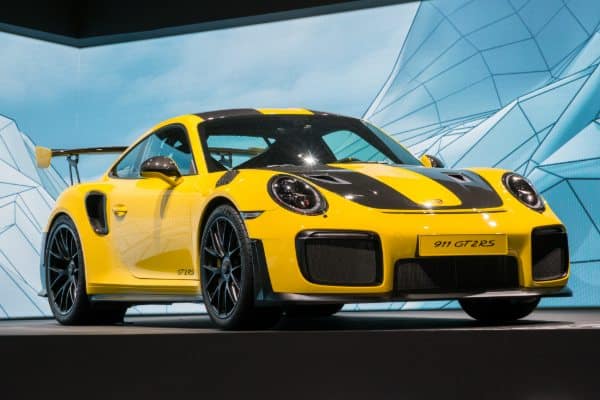 It’s a conversation that’s been had many times in bars and at supercar meet-ups for many years. “Is the Porsche 911 a supercar?” – it’s a conversation that’s been had not just about the Porsche 911, of course, but many models of cars. Funnily enough, it’s usually said by someone who doesn’t have a 911 to someone who does have one, as a way of antagonizing them 🙂

Well, at least that’s what I think. Whether it’s jealousy related or not, some people think more about these things than perhaps they should! The problem is, of course, it’s all subjective and the definition of a ‘Supercar’ varies, depending on who you ask.

The recent Porsche 911’s are very capable supercars. They combine street-legal, high-performance with exquisite design and so for these reasons alone, the Porsche 911 can be classed as a supercar. Although there are many varieties of the 911 available, they are all consistent in performance, build quality and the exclusivity you would expect in an exotic car.

What Makes a Car a Supercar?

Okay, as I mentioned above, what some people consider to be a Supercar will be different from the opinions of other people. There is more than one criteria that need to be fulfilled to guarantee a car has this status. For instance:

Now, let’s take a look at the Porsche 911 in a little more detail as there is more than one type of Porsche 911! What we need to do is look at them all and identify whether any of them satisfy the criteria.

Porsche has been building the 911 since 1963 and what rolled off the production line back then would still be recognizable as a 911 now. This is something that many people see as a good thing and others, not so much. However, when we’re talking about heritage then Porsche most certainly has that on their side.

They certainly don’t make life easy for us and it is far from straightforward when trying to generalize about anything related to the Porsche 911. You see, Porsche utilizes different internal codes for its 911 models. So, although you might see (for instance) a Porsche 992 advertised, this is still actually a Porsche 911, just known as the 992 to differentiate it from other versions of the 911.

There is continuity between these models though. Appearance-wise they are all very much recognizable as a Porsche 911. Build quality has always been exceptional when it comes to the 911 and although some of the older models can show signs of rust, these particular cars are getting somewhat old now and need the same TLC that anything from that period would. What is also consistent is the performance…

So, I think we can agree that at least as far as performance is concerned, the Porsche 911 can definitely tick that box.

It goes without saying that the Porsche 911 isn’t cheap but what are we talking about exactly? Well, the latest 911 GT3 RS will cost you somewhere north of $225,000. But surely the older versions will be more affordable, right? Hmm, well here’s the thing about that.

The cost of certain 911’s has been skyrocketing in the last decade or so. If you’d like a 911 Turbo S from the late 1990s then expect to pay around $500k! However, if you want to pick up a bargain, then take a look at high-mileage stock 911s from around the turn of the Century. You can pick yourself up a bit of a steal for less than $20k!

Conclusion – is the Porsche 911 a supercar?

There’s no doubt in my mind that yes, of course, the Porsche 911 can generally be considered as a supercar. The more recent versions without a shadow of a doubt, as their build quality, looks and performance suggest nothing else.

If the only examples were those of the stock 911s from the late 90s and early 2000s, then we might be having a slightly different conclusion, but they aren’t and many of those available now for low prices have been involved in accidents and/or have very high mileage (in excess of 100k).

Finally, I had the pleasure of owning a Porsche Boxster a few years back and absolutely loved it. Have you ever wondered, is the Porsche Boxter a future classic?