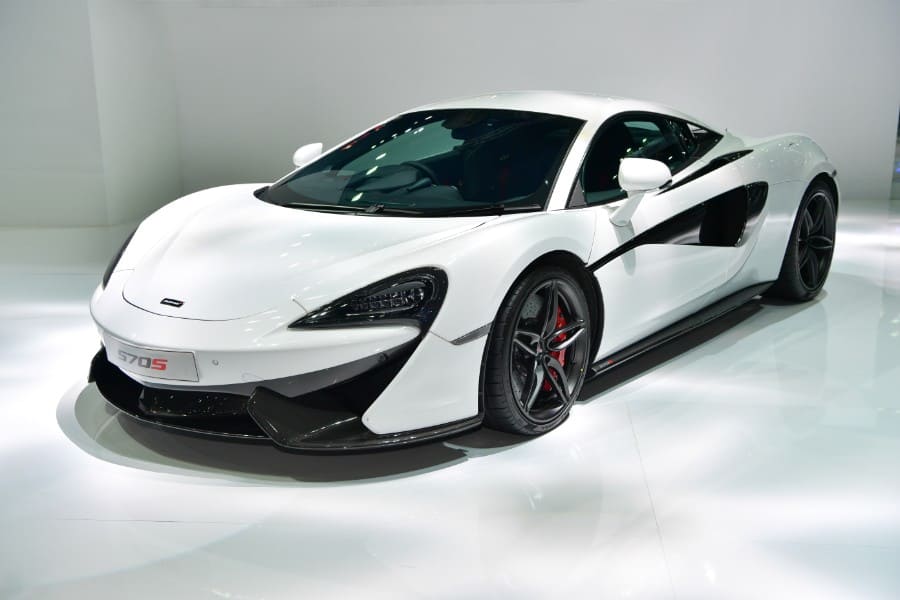 Well, at least you’re performing some research before jumping straight in! Sometimes, when you really want something it’s easy to skip the ‘sensible’ things that you should do before stepping into the unknown. For instance, jumping into a swimming pool without checking whether it has water or leaving your home without any clothes on because you’re in a rush to go somewhere fun.

Similarly, before spending a considerable amount of money on a new exotic car, some research needs to be done. I’m not talking here about how quickly it will get you to 60 mph (pretty quickly) or what kind of ridiculously low mpg figure you’re going to get (you might be surprised).

I’m talking about how much it’s going to cost you each year in servicing, about how likely it is that something is going to go wrong and whether you’ll need to buy a warranty.

So, time to turn off the emotion and just concentrate on the facts, at least for the purposes of this article.

Is the McLaren 570S reliable? Yes, the McLaren 570S does appear to be a very reliable car. Although there does seem to be a lot of noise related to owners who have had problems with theirs, I don’t believe the cars have any more significant problems than other exotics in this price bracket.

Now, if I was talking about a Ferrari or a Lamborghini, and I often do, I’d next be telling you how few miles you’d get per gallon but you don’t care because that’s not why you bought it.

However, this is a modern exotic and with a modern exotic car, you can expect (err sometimes) a half-decent economy. This is exactly what you get with the McLaren. Don’t be surprised to see economy figures above 20 and possibly approaching 25 if driving with a particularly nervous passenger!

The McLaren 570S comes in the Coupe or Spider variety and if you opt for the Spider then you’ll be pleased to know that the roof can actually come off whilst you’re driving, although it does take around 30 seconds. This is always a pain in the backside with other spiders (such as the Gallardo), where you have to be stopped with the handbrake engaged before it’ll do anything.

The 570S has been in production since 2015 and so far the series has been very successful for the Woking (England) based manufacturer.

What do we consider an ‘unreliable’ car?

Just a relatively short note about this – as we’re asking whether the car is reliable or not we need to briefly discuss what exactly we mean when we’re referring to a car being unreliable.

You see, an exotic car manufacturer would soon fail if it developed a reputation for being particularly unreliable. There are simply too many cars to choose from these days in this price bracket. For instance, I used to own an old VW Beetle. I literally didn’t know when I turned the key in the ignition every morning whether it would start or not. Now, that’s unreliable.

To be able to categorize a car as unreliable, the below points would have to be true:

So, in summary – we are highlighting any potential issues that could negatively impact your experience with owning the car. To give an example, the Porsche 986 Boxster has a known issue with its Intermediate Shaft Bearing that can cause the engine to disintegrate if you’re particularly unlucky. This doesn’t make the car unreliable though as there is a fix available for it.

However, if you have a car that has a known problem with a starter motor than in certain circumstances can prevent it from starting, then this would be classed as unreliable.

What are the known problems with the McLaren 570S?

We may as well get this out there straight away, there aren’t any known major issues with the McLaren 570S. However, ask anyone who is familiar with this brand and they will advise you that you must purchase an extended warranty when you buy this car – but why would they do this if it was so reliable?

I have spoken to a lot of owners and have trawled the internet for problems and although, as you’d expect, the odd one comes up this can be expected from any cars, there just doesn’t seem to be much consistency. It does seem though that McLaren has acquired a bit of a bad name and dare I say it, a bit of a reputation for their cars not being particularly reliable. However, I don’t think this is particularly fair personally.

What does appear to be a problem though is the fact that everyone (including dealers) seem to push you towards having a warranty each year. Why would they (appear) insist on this? It might not be the case but it does seem that they don’t have much confidence in their product.

I’m not aware of any other exotic manufacturer who does this. I own a Lamborghini Gallardo and know quite a few others who also do and we were never pushed into buying one.

Perhaps, if you can’t afford the warranty then you shouldn’t have one of these cars? Well, maybe – but if that was the case then there’d be a lot of people who wouldn’t be owning one, myself included – they are not cheap, as you will find out below.

How much will the McLaren 570S cost you per year?

When you buy a McLaren 570S you are getting a lot of car for your money. However, don’t be lured into thinking you can afford one just because you can afford the cost-price or the finance. That’s an easy trap to fall in but there are other, significant costs that you need to be prepared for when you buy one of these (or indeed any supercar).

I’m not going to add all that up as it might scare you but…it’s a lot. More than I could afford. What really hurts though is the warranty costs and the depreciation. You could negate the latter by buying an older car (although they still haven’t bottomed out yet) but then you’d be paying more for the warranty!

What’s the current price of a McLaren 570S?

From everything I have read, I would definitely class the McLaren 570S as a reliable car, despite what you might read online or see on YouTube. For some reason, people do seem to like to talk about and highlight failures when it comes to this brand but really, they don’t seem any more significant than others.

What is a worry though is this reliance, real or not, on a warranty (and then an extended warranty). Whether this is required or not is irrelevant as the perception is it is and people are rightly concerned about this due to the significant amount of money it adds to the purchase price. This, in turn, means people are reluctant to buy them and the price falls, impacting depreciation of course.

This is, without a doubt, an awesome car. However, they are out of reach of a lot of people due to the above reasons.

Finally, if you’d like to buy a supercar but aren’t sure whether you can afford one – you may be surprised! Check out my article in the link to find out just what you can buy.

If you can’t quite afford one yet – maybe get a smaller one! Check out the best remote control supercars available to man at the moment, you may be surprised how little some of these cars cost.