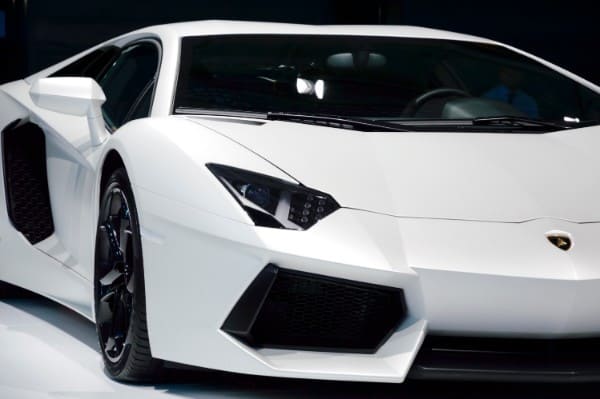 These days, more and more modern cars are being produced it seems with more power yet smaller engines. ‘More from less’, it feels like. However, don’t we expect a supercar to have a large, loud engine? Well, yes – and perhaps no.

Back in the 80s, this was certainly the case and a high-performance car wouldn’t be classed as a supercar unless it was both powerful and noisy! The noise of the engine and the exhaust note were as integral to the car as the badge on the front of it For some, including me, this is still important, but times move on.

Take Formula 1 and how it was back in the 80s compared to now. The roaring V10s and V12s screamed and this was all part of the entertainment. Compare those to the V6 engines used today and your reaction to the sound will be different. With the V10s and V12s, it would most likely be something along the lines of, ‘Wow!’ – but when it comes to the V6’s, it’ll be more like, ‘meh’.

So, back to the subject matter – the Lamborghini Aventador, a relatively new top of the range supercar. Surely, Lambo has gone the same way as everyone else?

What is the Lamborghini Aventador?

The Lamborghini Aventador is currently the pro-range flagship model of Lamborghini that replaced the Murciélago and before that the Diablo. In other words, it’s the top-end Lambo so therefore, their best engine is reserved for it. The Aventador has been with us since 2011 and there has, as you’d expect, been a few different varieties.

In 2011, we were presented with the LP700-4 and during the six years of production, some 5,000 units were produced. As anyone who knows anything about Lamborghini will be aware of, the flagship models always have a V12 engine (compared to the V10 found in the Gallardo and now the Huracán).

Interestingly, Lamborghini opted to keep the single-clutch mechanism rather than opt for the double which most other manufacturers now use. Although gear changes are fast (around 50ms between shift) you certainly know when you’ve changed gear as you’re thumped into the back of your bucket seat each time.

This is all part of the theatre though in my opinion and complements, rather than diminishes the whole experience.

Other models that have been made are the LP 740-S (from 2016) with improved steering and suspension (but engine performance remained about the same) along with some other minor changes. In 2018, the Aventador SVJ (LP 770-4) was introduced and includes weight saving and improvements to the engine which brought the acceleration down to just 2.8 seconds from 0-60 mph.

What do we mean by ‘Naturally Aspirated’?

A naturally aspirated engine is one where the air is introduced to the engine’s cylinders naturally – it is not forced in via a supercharger or a turbocharger. There are both advantages and disadvantages to keeping a car naturally aspirated, not all are really relevant to supercars, but in summary:

What other options are there?

There are primarily two other options found in cars which force induction to the engine cylinders, and they are turbochargers and superchargers.

So how do Turbos actually work? Well, we’ll keep it simple as this isn’t really the focus of this particular article. Basically, the turbo consists of two fundamental parts, the compressor, and the turbine. As the petrol in the engine combusts, gasses are squeezed out at high pressure. These gasses are sent via a channel that spins the turbine.

So, although they are not as efficient as a turbocharger they do have some benefits. For instance, the main one is probably related to throttle response and whereas with a turbo you will often get lag (you put your foot on the throttle and you don’t get the power until higher revs) a supercharger doesn’t have this and will have more power throughout the range.

Do Naturally Aspirated cars have a future?

It’s difficult to say but there might be a larger question as to the future of combustion engines in general. Firstly, it’s rare these days to find a supercar with a naturally aspirated engine. Be it the Ferrari 488 or any of the McLaren series, you’re going to find a turbo.

The difference between these engines that utilize a turbo and your regular car is that the manufacturers have been able to find ways to reduce the downside of turbo’s (i.e. the lag).

More and more cars are turning to hybrids and purely electric these days. I can see a future with more taxes applied to carmakers who produce combustion engines over the more ‘green’ variety. These taxes would be distributed to the buyer and could increase the price of supercars, making them less affordable.

The cost of maintaining combustion engines could eventually increase until we’re all driving soleless, quiet machines that might look the business but won’t have any of the sounds that we love to hear today. Personally, as a lover of supercars, I fear for the future. But, until that day comes, I’m going to enjoy the noisy, unsociable cars that we have now – who knows, we could be the last generation to be able to do this!