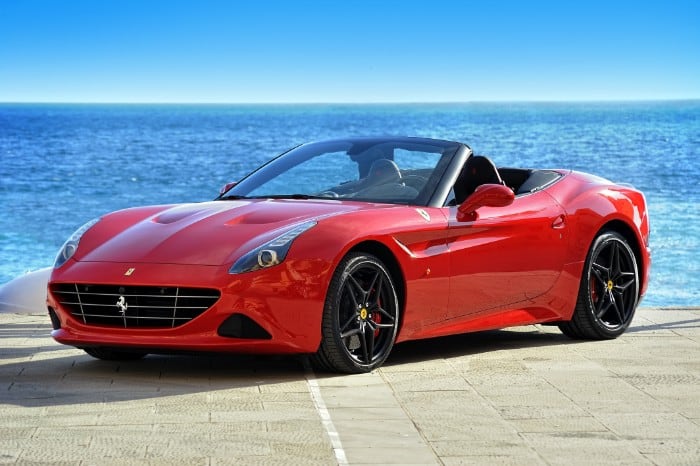 However, the initial purchase price is actually just a small part of ownership. Whether the car is more or less likely to give you problems during your time with it is a big factor in how much it is going to cost you. You certainly don’t buy one of these things for it to be in the garage being repaired for large chunks of time so you need to know how reliable it’s going to be, both in the short term and in the long term.

It is this that we’re going to address in this article. Whether you’re interested because you’re looking to buy one or whether you have one and your particular example has, unfortunately, a lot of problems and you’re wondering whether this is normal or not. Let’s find out!

The Ferrari California was produced between 2008 and 2017 and is a 2-door hardtop convertible Grand Tourer. During this time, Maranello produced a few versions of the car, the first until 2011 and then the next, a more powerful and lighter version, from 2012 onwards before introducing the California T. Let’s take a look at them in turn.

Powered by a 4.3 liter V8, providing over 450 bhp, the original Cali’ was capable of 0-62 mph in less than 4 seconds and had a top speed just under 195 mph. There were rumors that the California was originally going to be a Maserati but due to the high price needed to make some kind of profit from its expensive construction, it was decided to put it under the Ferrari name.

This has most certainly not been confirmed by Ferrari though, so who knows!

Its design was geared towards first-time Ferrari owners and its looks were developed to be not as aggressive as the rest of their range. An interesting fact was that the California was the first car the manufacturer made that had stop/start technology (there are tax advantages for the company to do this) – although this didn’t initially go down particularly well, it was introduced to other Ferrari models after this point. It is a lot more common now than it was then!

Approximately 8,000 Ferrari California’s were produced during this time.

Otherwise known as the California 30, the 2012 version received many updates, including around a 65 lb weight saving and an increase in performance.

The Ferrari California had a pretty major overhaul in 2014, including changes to the body, most of the interior and a new powertrain. The ‘T’, if you’re interested, actually stands for ‘Turbo’ as the engine was a 3.9-liter, twin-turbocharged V8. This produced over 550 hp, accelerated to 62 mph in just 3.6 seconds and had a top speed of ~196 mph.

What is an unreliable car?

These days, people have a lot less patience and time for exotic cars that have an unreliable name (deserved or otherwise). In the past, this was accepted a lot more than it is now but not only that, if a car had a problem back then, it wasn’t going to be plastered all over social media within the hour! So, manufacturers have had to up their game and not only consider the aesthetics and performance, but also any reliability concerns.

So, how do we define an unreliable car for the purposes of this article? To me, the below points would need to be valid if we are to do this:

So, just to surmise – all we want to do is highlight any major issues that could (and probably will) impact your experience with driving and owning the car.

What are the known problems with the Ferrari California?

In 2012, Ferrari issued a recall to some cars due to a defect within the engine that can cause it to seize and possibly create an accident. The problem was related to a manufacturing defect in the crankshaft and came to light during reviews of the car.

Note that this defect didn’t just impact the California, but also the 458 and only 200 vehicles were impacted worldwide and only 74 of these were in North America, so when we put this into perspective – it’s not really going to be a big deal.

A thing about the Ferrari California that is perhaps different from other supercars, is that the Cali’ was designed to be a daily driver. So, there are many that have now completed a lot of miles. The good news is that there isn’t a lot to report. Yes, there have been a few issues with the roof and boot mechanisms but this was only related to a faulty sensor and can be easily fixed.

So, in summary – there aren’t many problems related to any version of the Ferrari California during any year.

How much will the Ferrari California cost per year?

Just because you can afford the list price of a California, don’t forget there are other costs involved in owning a supercar! The good news is, ownership of a Ferrari California is less than other exotic cars. For instance:

As you can see from the above, yes – there are, of course, yearly costs and there may indeed be others, depending on other things that can go wrong. However, this isn’t actually too bad when compared with other exotics!

What’s the current price of a Ferrari California?

So, let’s have a look at how much Ferrari California’s cost:

An expected wide spread of prices in the above, as you’d expect from a car that was produced over a long period of time and with varying amount of miles on it.

I think it’s safe to say that the Ferrari California is indeed a reliable supercar. The good thing about this particular exotic is that they are used by owners who actually drive them and drive them frequently. This means that any problems will surely have been discovered by now. Fortunately, for any prospective buyers, these problems are few and far between!