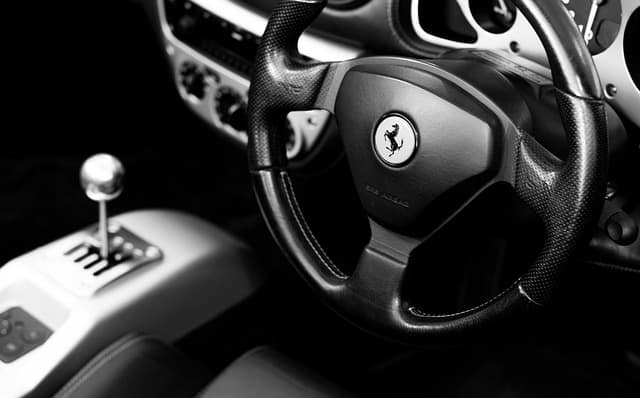 When buying a supercar there are numerous things you have to consider. On the very top of that list (narrowly above ensuring your other half won’t divorce you after buying it) is how much it is going to cost you.

Of course, there’s a small minority of people who don’t have such money concerns and can worry more about where they are next going on vacation but for the rest of us, it’s a big deal!

There’s a lot to think about when looking at cars as an investment and we’ll look at these things within this article and talk about the Ferrari 360 specifically to analyze whether it’s a good choice, whether perhaps you should look at a specific model or actually whether buying a car is a good investment at all!

There’s a term known as ‘Man Maths’ where it’s absolutely possible to justify perfectly well any purchase to anyone, somehow discounting any negatives and highlighting any positives to such a degree that anyone would have to be completely bonkers not to buy whatever it is, immediately! I have suffered from this condition myself in the past and fully expect to suffer from it again in the future.

That said, I’m going to apply lots of logic and zero emotion to this article, where possible. It will be difficult but I must so I can provide a reasonable answer! Wish me luck, I’m going in.

Is the Ferrari 360 a good investment? The Ferrari 360 Challenge Stradale is a better investment than the Modena and Spider due to its low production run and superior performance. However, you will need a lot of money, a lot of time and a fair bit of luck to make any money out of most exotic cars, including this one.

What makes a car a good investment?

There are many variables involved when choosing a car as an investment. Of course, the whole point of an investment is to make money out of it. So, when we’re looking at a car for the ‘vehicle’ to do this, the selling price of the car must be higher than the purchase price.

Not just that though, the profit needs to be significant enough to be worth the effort as if you could just get the same return on a savings plan without risk, you’d be silly not to do that, right?

It’s not just that though. There are, as you know, lots of costs associated with buying a car and with an exotic those costs are usually significantly more. So, not only are you depending on the value of your car rising but you’re hoping (praying) that nothing goes wrong with it during your ownership. Remember, you have insurance, taxes, services, gas, etc. to take into account.

The value of the car will have to increase by a sizeable amount to cover all these losses! Although, if you’re using ‘man-maths’, none of these little things actually count.

Is Any Car a Good Investment?

Well, yes – if it wasn’t the case then there would literally be no point to this article, right? So, yes – some cars can be a good investment. It’s just not that easy to find the right one! To give some examples, there are some brand new cars (the Porsche GT3 come to mind) where there was a long and lengthy waiting list to own one (18-months to 2 years was possible).

So, someone comes along and puts a deposit down to buy one and then the time comes and they collect their car. Then, someone else (with a lot of money) comes along and wants a brand-new car but without the waiting list. They then pay several thousand over the retail price!

Other examples are older classics. For instance, the early Ferrari’s (such as the 308 and 328) have, in the last few years, increased in value dramatically. As have the early air-cooled Porsche 911’s. Early Lamborghini’s, such as the Countach (and now the Murciélago) have steadily risen in price and continue to do so.

This is great for owners wanting to make some money but bad news for anyone like me who knows that they are now, possibly forever, going to be out of reach financially. It’s rare that one of these classics that increase in value so much will then lose that value.

So, yes – you can make money on a car but you have to choose the right one and you have to have a bit of luck on your side 🙂

The Ferrari 360 was produced between 1999 and 2004 and over 17,000 cars rolled off the production line in Maranello during that time. Unlike other manufacturers, Ferrari didn’t make dozens of slightly different variations of the same car during this time, in fact, they made just three:

You don’t buy these things for fuel economy but it’s a factor as you’re considering making money out of it! So, you better be aware that you will only average around 11 mpg in this thing!

The Challenge Stradale was inspired by the Challenge racing series and is a track-focused variant of the Modena produced just between 2003 and 2004. The engine power output was increased slightly (20 hp increase), reducing the 0-62 mph time to just 4.1 seconds.

Other things were improved on also. Ceramic brakes (love them or hate them) were added (apparently from the Enzo), throttle response was improved and feedback through the steering wheel was increased. So, although the power wasn’t increased dramatically, there were other changes that improved the car significantly, overall.

The Stradale is also, as you would expect, a lot lighter than the Modena taking off around 240 lb (110 kg) from this model – assuming you took all the options that were available to you to do this.

What is the best Ferrari 360 model to buy as an investment?

To give yourself the best chance of making money you need to make sure you choose the right model, with the right spec and with the right amount of mileage on it. My opinion is that can only be the Ferrari 360 Challenge Stradale.

With only a very limited production run of less than 1,300 made and with over 15 years passing since they stopped that production, there will be even less left. Also, bear in mind – the US only received part of this 1,300 allocation so they are definitely rare.

The downside to the Stradale being the best option is that because it is so rare they are not cheap. They say you have to have money to make money and this is certainly the case when it comes to the majority of cars that can make you a good return.

Could you make money on a Ferrari 360 Modena or Spider though if you can’t afford the initial investment of a Challenge Stradale? Maybe, but probably not. You’d have to keep it for such a long time (maybe 5-10 years) to make anything significant out of it and in that time your costs would be significant. Oh, by the way, this would be assuming you wouldn’t be driving it and adding miles (which would cause depreciation).

So, let’s have a look at how much a Stradale is going to cost you…

You can buy a relatively low mileage 360 Modena for somewhere between $55k and $75k, depending on the age, mileage, etc. I really can’t see these going much lower than this so I don’t think you’re going to have to worry too much about depreciation unless you put a lot of miles on the clock.

Let’s take a look at some current Challenge Stradale prices, as of summer 2019:

What was quite apparent when doing this research was first, there wasn’t a lot to choose from! Literally nothing older than the 2004 version. Next, the prices seemed to be all over the place and half the time there doesn’t seem to be any rhyme nor reason as to how they set the price. The specs are generally very similar so it seems to be the price is as high as someone wants to pay.

To me, it appears like the examples in Rosso Red were up for a higher price than the others, but it was hard coming to any conclusion really, considering how few there were and how varied the prices were.

What are the running costs of owning a Ferrari 360?

Well, the truth is it doesn’t usually cost that much to own a Ferrari 360. Well, compared to other exotic cars. In fact, many people have said they are the most reliable cars they’ve owned. Although it might not break down, you will have to keep it in tip-top condition.

Expect an oil change and a tire change to cost you between $2k-$3k. The tires won’t need changing every year but if you’re driving it, the oil will. On top of that, you’re going to have brake pads that need replacing and other costs – so you should have $5k in your pocket per year to keep it going.

Can I still drive it if I want to make money from it?

But here comes the problem. You certainly can’t drive it as much as you’ll want, particularly if you want to make money out of it (or sometimes more accurately, not lose money from it). Remember, we’re talking about keeping your car for investment reasons, not enjoyment!

One of the biggest factors affecting the resale value of cars is the number of miles on the clock. If you want to keep your car as an investment then you need to ensure the miles are still low when you come to sell it. Which isn’t much fun.

So, the 360 Challenge Stradale can be a good investment but there are several things that will need to be in place for that to happen:

There is no doubt as far as I’m concerned that you can certainly make money on the 360 Challenge Stradale, if you can afford to buy one and would rather have it sit around most of the year, rather than using it for what it was originally designed for!

There are risks involved and you could easily encounter a problem that could cost you a few thousand.

If you’re asking me for financial advice, and I hope in the name of all things holy that you are not, I would suggest you keep your money stuck under your pillow rather than invest in a supercar but then I’m not a multi-millionaire!