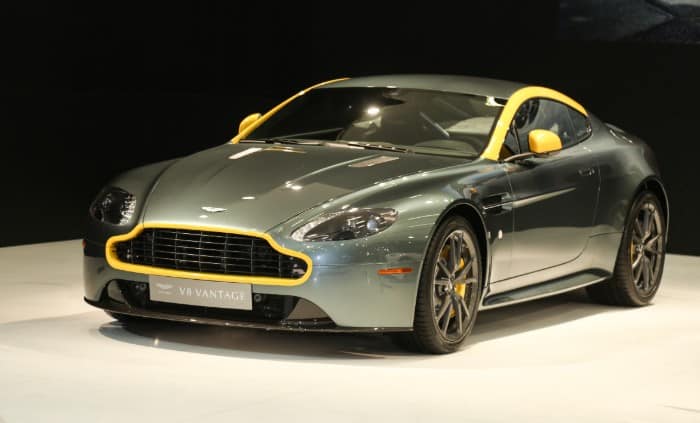 There are many things one needs to consider when buying a supercar. The most obvious is the financial obligations, particularly if financing. You will need to commit for most likely several years to a monthly payment that is often equivalent to a mortgage!

Often, people when buying a supercar will not consider all the costs, particularly with the first one they buy. They know they want a supercar, and will justify the costs somehow, often discounting some of the more important ones.

How reliable a supercar is, is more of an issue than any regular car. The reason is perhaps obvious and that is that things can cost substantially more money when dealing with anything related to a supercar!

Aston Martin has a good reputation for build quality and over at Gaydon, where they still build all their cars by hand, they are passionate about ensuring that each one leaves the production line in tip-top condition. But do some slip through the net?

The first Aston Martin V8 Vantage was produced between 2005 and 2017 and should not be confused with their most V12 Vantage, which was produced from 2009. This article is only concerned about the V8, which includes the newer model, which was available from 2018.

Many variants of this early Vantage V8 were created, both for the European market and also for the US which we won’t list here as it’s not relevant to this article.

The new V8 Vantage replaced the earlier version and the model is based on the same architecture used for the DB11, utilizing the very successful powertrain and infotainment system from Mercedes-Benz. Power is provided by the Mercedes-AMG M177 engine, a 4-liter twin-turbocharged V8 that produces 510 PS (503 hp).

This more recent Vantage is somewhat quicker than the former, reaching 60 mph in just 3.6 seconds and not stopping until it reaches a rather nippy 195 mph.

What Actually Is An ‘Unreliable’ Car?

To be able to answer the question addressed in this article, we’re going to need to briefly define what exactly we mean by ‘unreliable’. Although there are many older cars we could perhaps conclude as unreliable – for a supercar to be categorized in this way would be very bad news for the manufacturer.

Reputation is everything in this game and what can take decades to build can be lost with a single recall. For instance, VW is still recovering from its emissions scandal back in 2015.

So there is no supercar available today that we could categorize as ‘unreliable’ currently. There’s just no place for them in the modern world with so much competition in this niche. So, what we are looking for are:

In summary, what we are going to highlight are any issues that could impact you during your ownership financially or otherwise in a negative capacity. To give you an example, the Porsche 986 Boxster is well known on social media for Intermediate Shaft Bearing failures (also known as IMS issues).

If you were unfortunate enough to have your Boxster develop this, it may well destroy the engine and you’d be looking at a very expensive replacement (anywhere around $20k). However, this particular problem doesn’t exactly make the car unreliable. It’s a known issue with a known fix.

An example of an unreliable car would be (for instance) problems with it not always starting when cold or for another issue to occur so frequently you would never really know if you’re going to make it home after a long drive!

What Are The Known Aston Martin V8 Problems?

Between October 2005 and May 2006, cars produced during this time may have had problems starting – this issue was fixed by Aston Martin, however.

Also, some early models were known to have problems with its rear light cluster, letting in water and causing electrical problems that resulted in indicator malfunctions.

There are some reports of brakes squealing rather annoyingly at lower speeds but a fix was issued for this so if you’re on the lookout for a Vantage, try and make sure it has had the fix!

Generally, though, the Vantage during this time was built exceptionally well, inside and out. There is little that goes wrong and no significant recalls that would affect you.

This car is still quite new so there are few examples that have done a serious amount of miles to really push the car as yet. Despite a lot of searching, I have not been able to find any significant problems with this car.

A few people have reported the lack of sound deadening around the front wheel-arches which can cause quite a lot of noise as stones hit that area but we are talking about just a handful of people.

Therefore, we can say that currently, as of 2019 there are no known major problems related to the 2018 Aston Martin Vantage.

How Much Will The Aston Martin V8 Vantage Cost You Per Year?

It’s easy for first-time supercar buyers to not factor in things that they really should. I know when I first spent a lot of money on a car, I almost didn’t want to hear about how much it would cost to run. I knew how much it would cost me to buy and I made sure I could afford it – I chose to ignore the other costs! I’ll know better next time.

Compared to the newer model, running costs will probably be higher. It will be outside of the manufacturers’ warranty and things (such as the clutch) may start to wear out. Here are some examples of what to look out for:

As I said above, this is still quite a new car and costs should be significantly lower. However, of course, you’re paying a lot more for the care itself, as you’ll see below. The only costs at the moment should be related to normal running costs such as taxes, insurance, and gas. It’s unlikely the tires will have worn down already but factor in $1,000 for when they need replacing.

What’s the current price of a Vantage V8?

How much will it cost you to buy an Aston Martin Vantage V8 at the moment? There are of course a lot more examples of the older model than the new one – but here are some current examples:

There is no doubt in my mind that either the earlier Aston Martin Vantage V8 or indeed, the 2018-onwards model are very reliable supercars. The older ones are built very well and have now become extremely affordable.

One thing to consider when looking at depreciation though. Have a look at a 10-year-old Vantage V8 and see how much money it has lost – expect roughly the same to happen with the new model in the same amount of time!