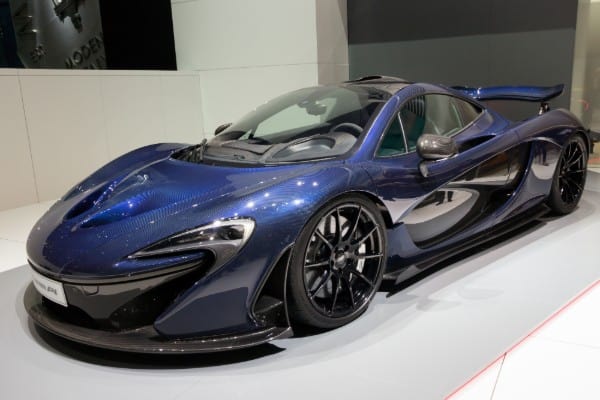 There are your regular cars that the majority of us use to go about our daily business. Then, we have Sports Cars, used for a bit of fun but won’t cost you an arm and a leg. From here, we move on to Super Cars, otherwise known as Exotics.

Hyper Cars didn’t exist when I was a kid. There was the Lamborghini Countach, a poster on the wall that I often just stared at imagining, somehow (even at 12) I owned. Or maybe the Porsche 959 or the Ferrari F40. But these were all Super Cars.

These days, the pictures on the walls are often Hyper Cars. Cars such as the McLaren F1 or now, the McLaren P1. It is the latter that this article concerns. It’s a car I’ve wanted since it was first launched at the 2012 Paris Motor Show. It’s a car that’s most likely going to forever be out of my reach.

The McLaren P1 is powered by a combustion engine, capable of 730 hp combined with an electric motor to produce over 900 hp. This hybrid hypercar has some very special qualities, some of which you will find out here!

What is the McLaren P1?

The McLaren P1 is a hybrid Hyper Car produced by McLaren and as we mentioned above, is widely regarded to have replaced the McLaren F1 that ended production over 20 years ago. Although officially, the Speedtail is the actual successor to the F1. During production, which was between 2013 and 2015 only 375 cars were made and, somewhat predictably, all of them were sold very shortly after the car was made available.

The McLaren P1 is powered by a 3.8-liter, twin-turbo V8 which delivers in the region of 730 hp at 7,500 rpm. This would be impressive enough if that screaming V8 was all there was to it, but as we know, the P1 is a hybrid.

Combining its hybrid motor with the combustion engine provides over 900 horses of pure carnage available to you under your right foot. This power is transferred to the rear wheels only via a dual-clutch 7-speed gearbox.

The battery that provides the energy for the electric motor is a 324-cell lithium-ion battery pack that can be found just behind the cabin and can be charged from empty to full in around 2 hours.

However, this electric motor was designed to be used in harmony with the engine and using it purely by itself will only provide you with about 6 to 7 miles of range. But that’s an irrelevant statistic really as this is not what it was designed for.

As an owner of a P1, you probably won’t be too concerned to hear that it’s not the most economical of cars, giving you around 18 mpg typically.

Performance-wise, it’s a bit toasty. Getting to 62 mph will take just 2.8 seconds and by the time 16.5 seconds have passed, you’ll be traveling at 186 mph and you will still be accelerating. In fact, it will keep on accelerating until the electronic limiter reluctantly kicks in and prevents higher velocities than 217 mph.

If, when moving at 186 mph you suddenly forgot to lock the front gate of your multi-million dollar mansion, then you’ll be pleased to know it will only take 6.2 seconds to stop.

McLaren is a British company, based in Woking, Surrey (England). Formed in 1985 by Ron Dennis (better known for his involvement in the McLaren F1 team) they were originally known as the Tag McLaren Group.

Its first production road car was the legendary McLaren F1, of which only just over 100 were made. It had a lot of similarities to Formula 1 cars, including its top speed which maxed out at about 240 mph! Even today, over 20 years since production of the F1 ceased, there are only a handful of cars that can top this. The McLaren P1 is (in many people’s eyes) the successor to the F1, despite many other cars being made in the interim.

What problems does the McLaren P1 have?

A hand-built hypercar, produced in such low numbers, will always have one or two problems. There have been two recalls for the 2014 McLaren P1:

Other than the above, which isn’t really a big deal as McLaren will fix them free of charge, there isn’t a lot to report. Admittedly, there aren’t a lot of cars so finding the owners to hear what experiences they’ve had is a little more challenging than other cars but from what we can ascertain, the McLaren P1 is a very reliable car.

How much does the McLaren P1 cost?

Firstly, before you faint, remember there are always other options! For instance, if you can’t quite afford the real thing just at this moment then perhaps you might want to consider this over at Amazon 🙂

The McLaren P1 will cost you between $1.5m and $2.5m currently (as of 2021) for an ‘as new’ example. Remember, there aren’t a lot of these cars in the US anyway so finding someone who is willing to part with an appreciating asset is going to be challenging. When new, they would have cost you around $1.15m so already these owners have seen significant gains and it’s likely to continue.

Anyone with this kind of money to spend on a car will most likely not have to worry too much about annual servicing. However, if you’re interested (and I know you are) then you won’t be surprised to hear it is not cheap! For instance, don’t forget to take care of the battery as a new one may cost you between $50k – $80k!

Conclusion – how does the McLaren P1 work?

The McLaren P1 is without a doubt a very special car. It had to be though as whether you consider it to be the successor to the F1 or not, that is what it is going to be compared with. How does it compete? Of course, rather well. The technology utilized in this vehicle just wasn’t available when the F1 was around in the 1990s.

Yes, there was something very cool about the F1 and how the seating position was dead center and yes, I secretly wish the P1 had this also. But that’s a small point and with so few made, this car will go down I’m sure as one of the greats!

Finally, can a McLaren be a daily driver? Check out my article to find the reality if you’re interested by clicking on the link!