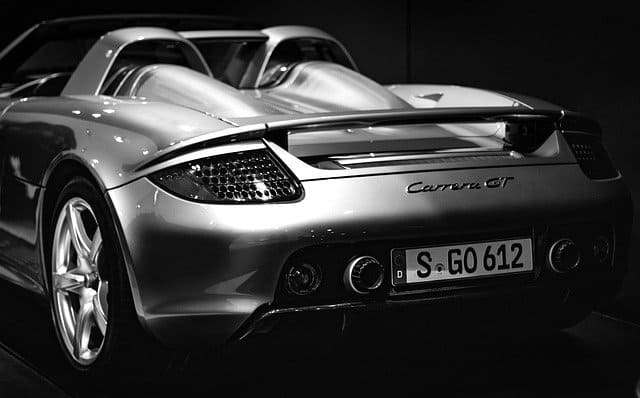 Supercar depreciation is one of the most important areas to look into before taking the plunge into the world of exotic cars. Once you take your first step, you won’t want to retrace it.

Before you commit to your dream car, it’s prudent to take into account what it will be worth in the future – unless of course, you have money to burn. Do supercars depreciate?

The vast majority of all supercars will depreciate, particularly over the first five years. Typically, around 50% of the value will be lost over this time. The best way to avoid depreciation is to buy a supercar that’s older than 10 years.

What happens to the value of a supercar once bought?

It drops. Actually, that’s not quite fair, but the cast majority do. But generally speaking, when you buy a supercar (or any car come to think of it) the value will drop after you buy it. There are a lot of variables to consider though, such as:

The above are only a few of the things that can potentially impact how the value of your supercar will be impacted once you’ve bought it. We’ll look at these further down.

Which supercars hold their value the best?

I have to make an assumption here as you could say that the Lamborghini Countach is a supercar (and you’d be right in saying that) but it’s also a classic and has a value that works very differently from more modern cars. So, I’m going to assume that the car you’re looking at is at the most around five years old.

Also, bear in mind that on average the price of a car will drop by around 50% in the first five years after purchase. However, the Porsche 911 seems to do better than most, losing less than 40% in that time. Still seems like a lot to me but it is what it is.

Which supercars depreciate the most from new?

Before I wrote this and started my research I had my own idea as to what this might be. I thought it might be one of the McLarens – I’m in love with this marque and one day I will certainly get hold of one.

However, they do seem to be making quite a lot of models in quite high numbers and that, combined with high warranty costs (when the manufacturer’s one runs out) made me think that these cars would lose a hefty amount of money.

However, from what I’ve seen, the Maserati Quattroporte in some reports has lost over 70% of its value over a five-year period.

There are talks online about the reason behind this being the fact that it has a Ferrari engine underneath the bonnet which can make servicing and repairs costly and may deter new owners from committing.

The depreciation curve flattens out over time so older, classic supercars will lose a lot less money than anything new. There are many reasons for this.

For instance, of course, no further examples of the model are being made. Over time, more and more go into a state of disrepair and therefore there are less and less in existence. This, combined with the fact that not many were made in the first instance causes values to increase.

This example isn’t isolated. Take any classic supercar from the 80s and you’ll see the same pattern. These classic supercars are now collector’s items and are generally highly sought after.

However, production runs were less back in the 70s and 80s than they are now. So you can’t assume that today’s supercars will follow the same pattern.

Is there any way to slow down supercar depreciation?

Yes – however, it’s not my idea of fun. The best way to limit depreciation, assuming you have bought a brand new supercar is by:

So, what have we learned from the above? Well, the only feasible option is really the first. Get something that there aren’t many of – it has to have something just a little bit different/special about it.

What’s the best way to make money on a supercar?

These days your best bet is to buy a classic from the 60s to 80s, wait for a bit and then sell it on. The same applies as the above though – don’t drive it and continue to keep it serviced.

There are caveats to this though. There are some highly sought-after supercars that become so popular by the time the car has been released, it is worth more than the list price.

So, it’s technically possible to buy the car and immediately sell it for more! This is obviously rare but some Porsche’s seem to do this more often than others!

Yes, supercars do indeed depreciate and there are very few exceptions. The depreciation costs should be factored into the costs of the car but let’s face it, who really does that?

The best way to avoid depreciation is to buy a supercar that’s older than around 10 years old as most (or possibly all) of the depreciation has occurred by this point.