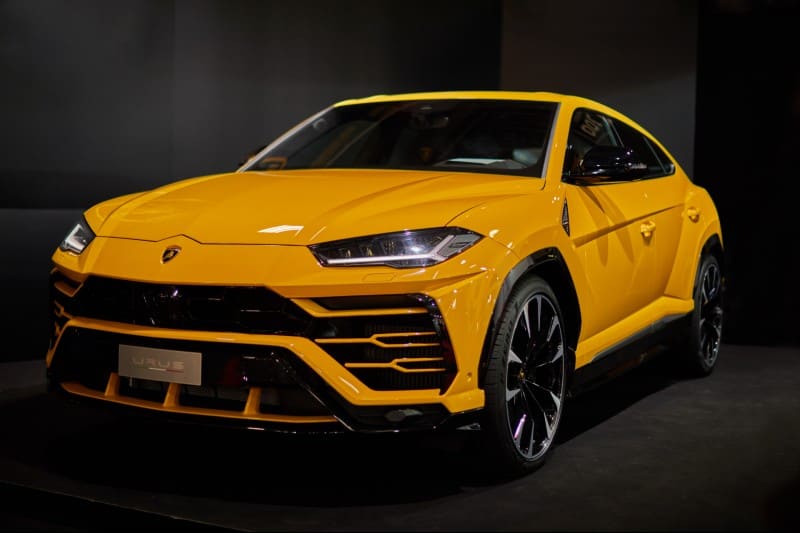 I have to be honest, I’m not sure why this question keeps coming up – but it does so I’m going to put it to bed 🙂 Supercars can serve several purposes but arguably their main raison d’être is just being a luxury item for those that can.

So, can supercars tow? Whether a supercar can tow another car or not depends on what you classify as a supercar! No, your typical supercars such as the Ferrari 458, Lamborghini Aventador etc. most certainly can not tow another car. However, the Lamborghini Urus, Aston Martin DBX and Rolls Royce Cullinan, which are all SUVs can.

Why Can’t A Supercar Tow Another Car?

A supercar was not designed to tow another car. For a start, it won’t have a towing point at the back so how you’d attach the rope is anyone’s guess. Attaching it to any of the bodywork would be a bad idea as it would most likely be ripped off as it simply wasn’t designed for this!

Use the right tool for the job. You don’t take high-heels to a 100-meter sprint and nor should you use your outrageously expensive supercar to tow whatever it is that needs to be towed! Hmm, or maybe that’s not entirely accurate. This point leads me nicely onto the next…

What About Supercar SUV’s?

You see, recently SUVs have been selling incredibly well and more and more people are turning to these in favor of their traditional family car. Supercar manufacturers are a business, after all, and at the end of the day – they need to make money like every other business!

So, along came the Lamborghini Urus. Is the Urus a supercar? Well, the Urus is powered by a twin-turbo 4 liter V8 and delivers over 640 hp. It sounds amazing, looks pretty damn good and has a price-tag to match. Does this make it a supercar? It would be pretty difficult to call any Lamborghini anything other than a supercar I think so, for argument’s sake, let’s do just that.

The Urus has a tow-hitch! Well, it’s an option that probably most people will not choose but it can be fitted with one. So, therefore, the Lamborghini Urus can tow another vehicle – which means, yes – a supercar can tow!

We can’t just stop at the Urus though. Other manufacturers are jumping on the bandwagon also. Take the Aston Martin DBX. Another supercar manufacturer, another SUV and another that can tow. Well, probably – if honest the full spec hasn’t been announced so we don’t know this for sure but it is likely.

Finally, the Rolls Royce Cullinan. This thing looks like some cross between an SUV and a Phantom but should definitely be classed as an SUV. It comes with a massive 6.75 liter V12 powertrain and certainly can’t be left out of this little discussion!

Can A Supercar Be Towed Itself?

Yes, a supercar can be towed. Usually, they have a towing hook mount point located in the front of the car but it won’t always be obvious. I used to own a Lotus Elise S2 Sport 190 and it had a screw-in hook that fitted just under the front splitter and it’s similar for the Gallardo.

Conclusion – can supercars tow other cars?

Sometimes I do wonder who comes up with these questions! But I must say that initially, I thought, well the answer is obvious – but no! However, we’re not just talking about your conventional supercars here. These days we need to think a bit broader than this and encompass cars that we might not have considered just a few years back!

Obviously, the vast majority of supercars will not be able to tow other cars – that would be crazy. But some SUVs, such as the Lamborghini Urus would be able to do this with no problems at all.

Finally, if you’re wondering how you can afford a supercar – take a look here for all the answers!