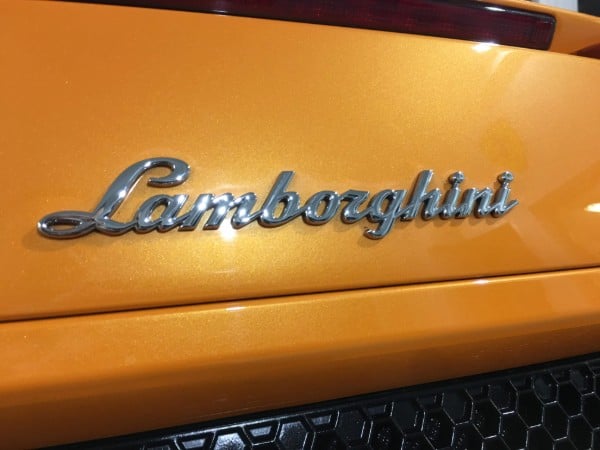 Technology, in general, has advanced dramatically in the last 20 years. Processing power continues to increase and new ideas as to how to utilize this extra power continue to blow my mind. Often, I look at my social media feed and see a video of some new concept car doing something that seems to defy science.

That may consist of some illuminated wheels that seem to be somehow totally integrated with the chassis or maybe such a futuristic cockpit that it looks more like some kind of futuristic time machine than a car!

This brings me to the subject matter itself. I’ve seen a few videos now of people standing next to their Lambo holding a remote control. They appear to press buttons on this control which then changes the color of the Lamborghini! This doesn’t appear possible, I mean, how could this possibly work? But the videos seem so convincing and these days it is hard to distinguish between fact and fiction. So, I thought I would find out the truth, once and for all!

Can Lamborghinis change color? No, Lamborghinis cannot change color. It is not scientifically possible with the current technology levels for paint (or a wrap) to change color when requested. There are YouTube videos that suggest this is the case but these are purely CGI effects. They aren’t real!

A color-changing Lamborghini is yet to be invented and I imagine the cost would be phenomenal. As yet, a Lamborghini changing color is not even a concept yet there are videos that show this happening – we explain how if you keep reading. For now, if you want it to change color, you’ll have to get your Lambo wrapped!

Lamborghini manufactures high-performance supercars and has done so for over 50 years. Based in Sant ‘Agata Bolognese, Italy, they are well known for their recognizable design (you can tell a car is a Lambo even if you haven’t seen it before), quality and uncompromising raw performance.

Lamborghini is currently owned by the Volkswagen group via its subsidiary, Audi. For some interesting facts about the Lambo, check out 15 Amazing Lamborghini facts (opens in a new tab).

Many people (perhaps rightly) associated Lamborghinis with cutting-edge design and extreme performance. Which is actually absolutely true. They are also a make of car that you don’t see too often on the roads, primarily, of course, because they are expensive and are manufactured in such low numbers. So, they almost enter a mythical status where all things are possible.

If someone says a Lambo can do something, you’re more likely to believe it than if they say a Ford (for example) can do it…

What are the standard paint options?

Depending on which car you are looking at you will have the option of some basic ‘solid’ colors as well as the usual metallic, pearl and matt. There will most likely be a couple of solid colors that are available to you when buying the car which will cost you no additional cost.

Everything else will and Lamborghini know all too well that most people who buy one will want a different color. To give you some examples, additional solid color options will cost around $1,750 and metallic colors will cost around $2,250. A pearl effect finish will cost a little over $4,000 but if you fancy a matte color, well that’s typically going to cost you around the $15,000 mark.

To be fair though, the Lamborghini paint is of exceptionally high quality and the triple-layer paintwork gives a particularly pleasing, slightly pearlescent effect, especially in direct sunlight (example below).

It is because of these high prices that many people opt for the standard color and just get the car wrapped, which leads nicely onto the next section.

Wraps are becoming more and more popular these days and the technology is continuing to improve. Gone are the times when a wrap could damage your paintwork (assuming you go to a reputable supplier) and now it is very difficult to determine when a car is wrapped or whether it just has a nice paint job. Of course, having a wrap also has the advantage of protecting the paintwork, which, on a Lamborghini can cost as much as a small car to fix.

If you’re wondering how much it would cost you to get your Lambo wrapped, well you’d be looking at around $5k-$10k, typically. This may sound a lot but when you consider it will last many years and has the advantage of protecting your car and it would save you on the initial cost of the expensive paint – it’s actually worthwhile. Also, you then have the option, of course, of changing the color of your car every few years!

Can the Lamborghini change color?

Lamborghinis are many things to many people with some rather special specs – but they do not have the ability to be able to mysteriously somehow change color, regardless of what you’ve seen on YouTube. They are also unable to fly, go underwater or transform into a robot.

It’s getting more and more difficult these days to determine what is real life and what is CGI and some of the videos I’ve seen online where a Lambo somehow manages to change color are indeed quite impressive- but of course fake. However good the videos are, technology is not quite at the level yet to allow paint to change color using a remote control!

Would it be cool if it could? Absolutely and can you imagine the possible uses for it? Military jets would be able to appear practically invisible by changing color to their background. Houses and buildings could change color depending on the mood of the owner. It would revolutionize many industries and would no doubt be front-page news if true.

Probably the closest you can get to a color-changing Lamborghini is a paint that is sensitive to temperature and will change between two colors depending on what temperature the surface is. This is usually made noticeable by water, which cools the body down quickly, revealing the other color.

Alternatively, there are paints and wraps that have a color that can appear to change depending on the direction you’re looking at and also where the light source is. This gives the appearance of a petrol-type fluid and is often seen on TVR’s.

There’s a very good reason why people manufacturer videos like the Lamborghini changing color on YouTube. There is the hope that they will go ‘viral’ and generate lots of views, which equates to cash. It is getting more and more difficult to differentiate between real-life and computer-generated imagery and in a few years, we really won’t be able to tell at all.

Often, there are clues in the video that suggest something isn’t quite right. For instance, when the color changes it should reflect that color on inanimate objects close by but usually, these things are overlooked by the producer. Which is understandable as it’s really not easy!

Finally, If you’re wondering whether you can afford a supercar then check out my article. Many people are surprised to learn that after looking at the numbers they can actually buy one for themselves!

If it turns out that you can’t quite afford one just yet – then how about you buy a little one. Have a look at my recommendations for remote control supercars – you will be surprised what you can buy!