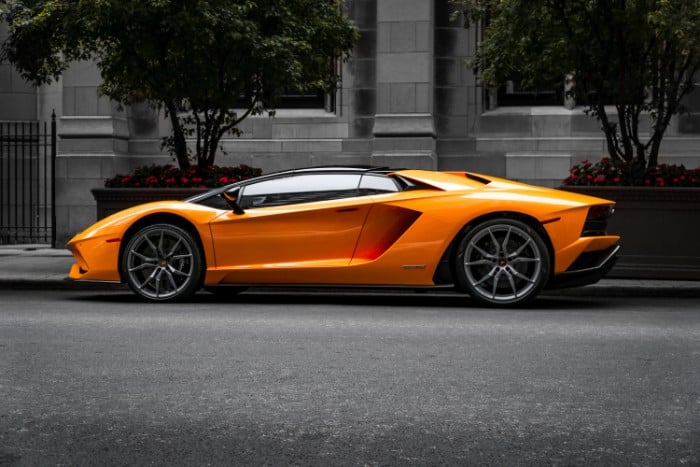 When I was a kid, like a lot of people around my age, I had a picture of the iconic Lamborghini Countach on my bedroom wall. It was the classic supercar and even today I still dream of owning one although with their prices soaring recently that’s becoming less and less likely.

However, the Countach isn’t the only Lambo out there of course. These days, there are a few different models to choose from – yet, they all have one thing in common. They’re all very expensive! I was wondering why this is – undoubtedly they are very special cars, but are Lamborghinis actually worth the money?

Are Lamborghinis overpriced? Lamborghini’s are not over-priced for what you get in return. However, the term ‘overpriced’ is subjective and depending on your financial situation will determine how you perceive whether something is either overpriced or not.

When Is a Car Over-Priced?

If we can’t answer this then we can’t answer the original question, right? So, let’s break things down a bit. When is anything overpriced? Something is overpriced when it costs more than the value it provides. However, it can be quite a personal thing and what’s overpriced to me, might not be to you – so it is very subjective.

What it comes down to though is this – can you get the same type of car, that delivers comparable performance, quality, looks, and value – for less money?

To provide an example of something we don’t mean. There are quite a few ‘hot-hatches’ these days that can produce remarkable bhp and have an impressive top-end, many for less than $20k. Does that mean they are ‘better value’ than a Lambo?

No, it’s like comparing apples with oranges – Lamborghinis are hand-built with premium materials, have great looks which complement aerodynamics, most hot-hatches have a decent power-train that may have been tuned. I mean, I could jump out of a plane and have pretty good acceleration, right?

How Much Do Lamborghinis Cost?

So, let’s look at how much Lamborghinis currently cost. We’ll split this into two sections, the current models and then we’ll have a look at older models. This could be a separate article entirely as there are several older models of course, most of which will have slightly different specs, different mileage, color, condition and service history. All of these things will impact their price so when I talk about older models I’m really looking at averages.

There are three models (as of 2019) currently being manufactured by Lamborghini, they are:

Again, just a note about these prices – they are approximate and we are assuming you are buying new and are not adding options. Now, as it happens most people who buy these models new do add additional options.

When you buy cars like this you do need to be aware that when you come to sell them in 1 or 2 years, you want them to be as easy to sell as possible, and you can do this by adding a few options such as front-lift, reversing cameras and maybe even some carbon fiber.

We won’t look at all the older models here just the relatively recent marques. I’m also not going to include the extremely limited run models, such as the Centenario (where only 20 are expected to be built), the Veneno (where only 12 were produced) amongst a few others. Also, many models have many different varieties which again, vary massively in price.

Between 2001 and 2010, 4099 Lamborghini Murciélago’s were built and cost around $300,000 when new, however, prices varied depending on the year and model. For a 2008 version, with around 20,000 miles on it, prices vary dramatically but you’d be looking at paying somewhere between $180,000 and $220,000. There aren’t that many that come on the market though so they do tend to be as worth as much as someone is willing to pay. These V12 supercars have become a bit of a collector’s item recently and prices are definitely reflecting this and trending upwards.

Do Lamborghinis Hold Their Value?

Like any car, as soon as you drive it off the forecourt, it will lose money. Actually, there are some exceptions – Porsche, for instance. Some of their GT models can be sold for more when second-hand! This is because there can be a long waiting list for some of these models and some people will happily pay a premium to get a second-hand one quicker than wait a couple of years to get a new one.

However, most Lamborghini’s will drop in price, like any other car for the first few years but the depreciation will level-out over time. This is particularly true for the models that had a low production volume, such as the Diablo and the Murciélago. These cars are now increasing in value every year but there are many variables involved, primarily mileage, service history and condition.

It will be interesting to see what happens over time with the Gallardo. This model was produced in far greater numbers than anything Lamborghini has ever produced before, although relative to other car manufacturers, this is still a small number. However, even with the Gallardo, which stopped production in 2013, prices do appear to be trending slightly upwards currently, especially for the rarer models. I have one of these and mine was manufactured in November 2013, so one of the very last Gallardo’s ever built!

Do Lamborghinis Give You Value for Money?

That depends on what value you put on money 🙂 If someone is a multi-millionaire then spending a couple of hundred thousand dollars on a car probably gives them quite good value for their money. However, if you decide to spend your life savings on one and the cost of the car is worth more than your home, then it probably doesn’t.

Another factor is the amount of time you keep them and also how many miles you put on them. Personally, I think it’s a shame to own one of these cars and not drive it though!

If you buy a second-hand Lamborghini that’s more than five-years-old then the chances are you won’t lose money if you wish to sell it on after a year or two, providing you don’t put more than a couple of thousand miles a year on it, keep it serviced (by a Lamborghini approved dealer) and look after it.

There is of course more to the costs than just the resale value, such as fuel, maintenance, insurance, and servicing. You may not lose out on the value of the car but it will cost you in other ways 🙂

Do You Get What You Pay For?

There is a reason why Lamborghini’s cost so much money. They are hand-built, made of high-quality components and are produced in relatively low numbers. Combined with this, they are extremely fast and have a fantastic heritage. All in all, they give you everything you want in an aggressive, hard-core supercar.

I really hope you’ve enjoyed reading this post as much as I have creating it. It was fun to write and actually quite difficult when you start thinking about whether something is overpriced or not. What’s overpriced as far as I’m concerned may not be as far as you’re concerned. So, I’ve had to generalize just a little, not everything is black and white and that was the case here.